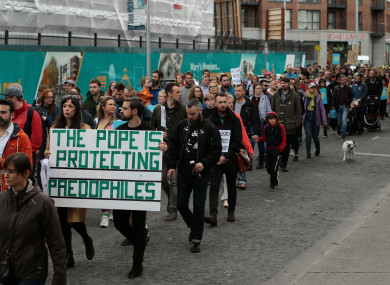 Her last living grandmother had just died. The only person who "loved her without conditions. Just then she heard a noise that made her look up. A blue heron hurtled through the sky, squawking wildly before belly flopping into the water, legs and wings splayed. Screeching and hollering, the bird climbed onto a rock and shook itself off. I started laughing," she remembered. I started laughing. I started crying.

I figured, 'Well if you can be so ugly and awkward and fall all over the place and pick yourself up, I can do the same. Gina Laing is now A gentle woman with a warm manner and a penchant for flower-print shirts, she's a mother, a grandmother and a great-grandmother. Laing was one of an estimated , aboriginal children across Canada brought to residential schools between until the last federally run school closed in Children were taken from their parents, often forcibly, and banned from speaking their language.

The schools were part of a federal assimilation policy to integrate aboriginal people into white society. The goal was to 'kill the Indian' in the child. She was seven when she arrived. Water had always been sacred to her family. But bath time at residential school remains a traumatic memory. Laing would sit in the recycled, cloudy bath water while staff scrubbed her until her skin was red and sore, calling her "a dirty little Indian. Over time, she has come to love the water again. She doesn't have the strength to walk to the spot where her grandmothers bathed, but she uses her time in the shower to pray "to God.

Something she learned from her mother, she said, not from residential school.

The commission, funded by survivor's compensation money, aims to address the suffering of survivors but also educate the Canadian public about residential schools. The closing TRC events in Ottawa feature a walk for reconciliation, traditional ceremonies, cultural performances and survivor sharing circles.

As the commission traveled across Canada, stories of abuse and neglect in the schools leaked into the public consciousness. Participants have shared their experiences -- some privately, and others publicly and on the record at the new National Centre for Truth and Reconciliation in Winnipeg. But the commission does not necessarily represent the beginning of healing for those involved. It took the federal government over years to close the schools, apologize and acknowledge the devastating effects on aboriginal communities.

Meanwhile, many survivors began their own healing long ago -- slowly rebuilding their worlds, reclaiming their every day existence through small acts of hope and resistance. When I first met Dennis Bob, at a white-walled Waves coffee shop in Burnaby a couple years ago, he was armed with a Ziploc bag full of photos from his past. Also in the bag was a newspaper cutout image of a rabbit with a cat's face drawn on it in pen. He laughed when he pulled it out to show me. He'd brought the image to look at when he got emotional.

His girlfriend, Cynthia Keitlah, sat nearby in case he needed support. At over six-feet-tall, he's an imposing figure. The cross tattoo near his left eye, along with the rest of his tattoos -- most of which are skulls -- he said he got in prison. He thought looking tough would keep people at a distance. Bob, who is 52, also attended Alberni Indian residential school.

Survivors of the Dark Rebellion: God's Heroes from Adam to David (War of the Ages)

He arrived at the school just before his fifth birthday in the late s -- four years after Gina Laing had finished -- and left three years later. Today he wears an artificial eardrum on his left ear where he was smacked repeatedly.

The ringing in his ear has not stopped. His abuser, dorm supervisor Arthur Henry Plint, was sentenced to 11 years in prison, in , after pleading guilty to charges of indecent assault. Plint's trial was the third residential school case to be filed by a group of Indigenous claimants and prompted an RCMP investigation of similar schools across British Columbia.

He wore a cedar braid headband and carried a drum on stage with him into the large auditorium before sitting at a table facing commissioner Marie Wilson. He and his table of supporters filled two large screens on either side of the stage. As he spoke he looked down, heaving big laboured breaths that lifted his chest and shoulders. He fought through a cracking voice, clearing his throat several times between reading the words he'd scrawled on a piece of lined paper.

In April, he relayed his testimony for the Independent Assessment Process, which provides compensation for survivors who suffered physical or sexual abuse at residential schools. He forgot his photo of the rabbit with the cat face, but he did bring a class photo, of when he was five or six, from his time at residential school.

In the picture, the bottom of his pant leg is darker than the rest. He wanted the government officials to see how he'd wet himself.

He wore a cedar bandana, made by Keitlah, with small feathers from the tips of an eagle wing for strength. Keitlah waited for him in the lobby along with his mom and his auntie. The Truth and Reconciliation Commission, now winding down, has held gatherings in small cities and several national events in major cities. Justice Murray Sinclair worked on a report, and he will present a summary at the final events this week.

She showed some of the artwork she created in an art therapy workshop. Many of those paintings were later featured at a gallery at the University of British Columbia. It was there I met Laing.

Survivors of the Dark Rebellion: God's Heroes from Adam to David by Sally Pierson Dillon

She'd sat in front of her paintings -- brightly coloured representations of her residential school experience -- and shared the stories behind the angry black lines that streaked through the canvases and the omnipresent yellow eyes. Some of these paintings, along with several others she made during her time at Alberni Indian residential school, will be considered for display at a new exhibition on reconciliation at the Canadian Museum of History. Laing said she chose to testify at the TRC because she wanted people to know what had happened to her. She wanted to share the pain she'd endured.

She wanted to educate people, but sharing her story that day wasn't central to her own healing. As she spoke that day, and over the subsequent conversations we had, it became clear to me that Laing's personal reconciliation had begun a long time ago. And you are there-alongside Mark, an angel newly assigned to record the history of Planet Earth. Watch the creation of Adam. Eavesdrop as Cain begs his sister Sheena to run away with him.

Applaud as Shem rescues Nala, falls in love, and brings her and her parrot, Squawker, into the ark. Feel Ishmael's bitterness. Maul snorted derisively. His face was hidden under the hood of his cloak, but Ahsoka would have known that voice anywhere. Maul rolled his eyes and turned to face the newcomer. Ahsoka turned off her sabers and frowned in growing confusion. What was Obi-Wan doing here? Had he really left Tatooine just to pursue Maul? Something in the back of her mind was starting to notice that something was wrong… the humming in her montrals, the whispers, that horribly sweet odor of death… it was growing stronger and stronger with every step that Obi-Wan took towards them.

He gave Maul a glare. He finally regarded Ahsoka. Destroying as many of them as we could seemed like a good use of our time. In fact, the way that they were staring at each other, the way that they were standing so close together…. Main Content While we've done our best to make the core functionality of this site accessible without javascript, it will work better with it enabled. Get an Invitation. Eyes that were now a bloodshot gold.

Chapter 1. If anyone had an explanation for what Bail had seen, it would be Ahsoka Tano. His voice was grim. Fulcrum out. Many of the victims had been beheaded. If not an Inquisitor, then who?

Who could have done such a thing? Inquisitor or not, whoever was behind these attacks had definitely grown up in the Jedi Temple. More notes. He suspected that it was much worse than mere Inquisitors. She spotted the corpse of more than one Inquisitor… usually in pieces. You just enjoy killing.